LeBron James‘ hoops legacy is like your grandmother’s old silver … TARNISHED … that’s according to The Game who said this latest Finals loss puts MJ and Kobe ahead of LBJ FOREVER. 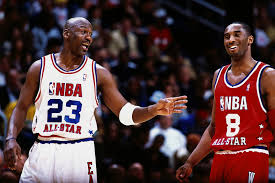 We got Chuck Taylor out at The Parlor in L.A. right after the final buzzer and asked the hip-hop superstar what another loss on the big stage means for LeBron.

FYI — James is now 3-5 all-time in the NBA Finals … not exactly dominant, but not too shabby either.

Game DOESN’T hold back (when does he?) saying LeBron isn’t on the level of The Mamba & his Airness, ’cause he’s just done too much losing.