Despite having three previous bids for Philippe Coutinho rejected by Liverpool, Barcelona are reportedly preparing to make a fourth offer worth £138m for the Brazillian.

Barcelona have been left walking a tight rope after Neymar jettisoned the Nou Camp for Paris Saint-Germain’s  Parc des Princes in a  €222m move.

The Blaugrana have met brick walls in their search for a replacement for Neymar, having bids for Coutinho and AS Monaco’s Ousmane Dembélé rejected.

However, Sky Sports is reporting that despite Jurgen Klopp reiterating the Coutinho situation has “100 percent not changed”, Barcelona will make a final fourth bid in hopes that their desperation could finally outweigh the Reds’ stubbornness. 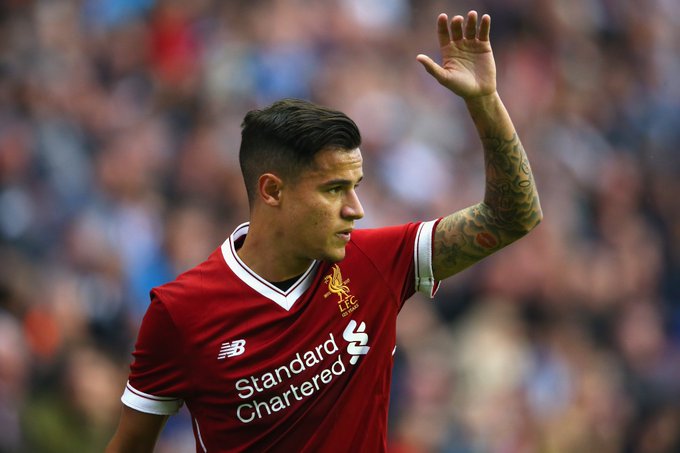 The third bid from the La Liga giants was criticised for the lack of money up front and while Liverpool maintain no offer will be accepted, should a guarantee reach close to £100m, it’s understood that their stance may begin to shift.

And they are ready with a fourth offer of £100m up front with add-ons of £36m — despite telling Liverpool they had made their final bid last week.

The extras involve £9m each time Barca qualify for the Champions League over the next four seasons — which is virtually guaranteed.

Coutinho handed in a transfer request earlier this month in a bid to convince Liverpool to sell him to Barca, who have had three offers for the forward rejected.

The last of those bids was reported to be worth £118 million (128.7 million euros, $151 million), but Liverpool have maintained their stance that the 25-year-old will not be sold in the current transfer window, which shuts at the end of August.

A back injury and a bout of sickness are keeping Coutinho out of action at present, but Klopp stressed that when he is fit enough to return, there will be no attempt to send him into exile as punishment.

“Of course, everything is okay between me and him. Absolutely. 100 per cent,” Klopp said on Tuesday.

Coutinho is yet to feature this term due to a back injury picked up in pre-season and will once again be unavailable when the Reds face Hoffenheim in the second leg of their Champions League qualifier at Anfield.

“He can’t start tomorrow because on top of that he’s now ill,” Klopp said.

“It will take time because he has not trained for a long time. I’ve no idea at this moment (when he will return), we would have to check when he is back.” Punch

Why I dropped Iheanacho for Ayoze – Rodgers