WWE 2K18 is coming on October 17, and video game fans, as well as pro wrestling fans, are anxiously awaiting its arrival. Vince McMahon’s company is the big dog in the business, of course, and WWE also has the wrestling game market cornered.

WWE is untouchable in both areas, and with good reason.

WWE 2K18 promises to be the most visually stunning game released for the franchise thus far. This one looks good, and as more images are released, fans are beginning to see just much the game has improved over last year.

Evolution is key for the 2K editions, as longtime WWE fans have seen the game sit still far too often. With the exception of new Superstars added and actual gameplay slightly tweaked along the way, there seems to be very few changes over time.

But images released on August 3 suggest a renewed emphasis on the game, which is a good sign for gamers.

Of course, this time around, it all begins with The Kingslayer.

The Man on the Cover

Like many of today’s WWE Superstars, Seth Rollins grew up with the company’s Attitude Era.

Much like the 2K18 trailer, chaos and destruction reigned every week on TV as pro wrestling anarchy ran rampant throughout the business. Trendsetters like Stone Cold Steve Austin and Degeneration X carried the company forward and ultimately led WWE to victory over longtime rival WCW.

But not only was the industry experiencing a popularity boom, so too was the pro wrestling video game business.

Now Rollins is the man on the cover of WWE’s latest game, and he surely appears as if he’s reached the apex of his career. His face is the one that fans will see in stores, and it’s his face that was released online this past week in new images from the game.

Rollins is there in all his glory, and the digital doppelganger looks as close to the real man as anything fans have seen from 2K Sports.

The pics even led to SmackDown Live’s resident bully Rusev commenting to Rollins on Twitter:

However, Rollins is not the only man that’s being featured in this year’s game.

Kurt Angle‘s return to WWE was indeed a welcome one. The Olympic Gold Medalist and WWE Hall of Famer has been a permanent fixture on Monday Night Raw as the red brand’s General Manager. Angle is right at home in his role, and now he’s playing dad to Jason Jordan.

That storyline has been met with a somewhat lukewarm response from fans, who are surely waiting to see how it will all play out.

But one thing that’s not in doubt is the impact Angle made in the newest 2K18 trailer.

Angle, a WWE 2K18 pre-order bonus, is seen making his way through the damage caused by Rollins, which was a nice touch on the New Era storyline in the company. Angle is the veteran walking through the rubble of The Attitude Era, and Rollins is the younger star responsible for it all.

The fact that both men are actually on the same side in WWE is a curious twist, but it did not prevent the company from moving forward with this advertising campaign. It’s been effective so far, though, and all of that has led to the third star now stepping forward to put his own stamp on the project.

The Champ is Here

John Cena is no longer the full-time face of WWE.

That distinction belongs to Roman Reigns, which has caused more than its fair share of controversy among the WWE faithful. But as Reigns fulfills his role atop the company, Cena is still in the picture. He was one three-count away from facing Jinder Mahal at SummerSlam for the WWE Championship.

Cena will win that strap again eventually, becoming the 17-time champion and breaking Ric Flair’s all time record of 16. It’s not a question of if, but when.

Since Cena’s return on July 4, the company has been reminding fans of just how important he’s been to WWE over the years. His patriotic character and never-say-die attitude has him right back in the thick of things, and it’s almost as if he never left.

Part of his assimilation back into the WWE machine has come with WWE 2K18’s John Cena (Nuff) Edition.

This deluxe edition of the game is meant to pay tribute to Cena’s 15-year run in the company. WWE.com lists the extras in this edition, which include unique packaging, a Cena action figure, playable versions of Rob Van Dam and Batista, as well as access to the Season Pass. 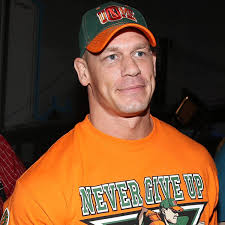 Also included is a collector’s piece of the actual ring canvas from 2017’s Royal Rumble and an autographed pic of Cena himself. To say that WWE is going all out on this edition is a massive understatement.

But the twist here is that only 30,000 copies will be released, and they’re all exclusive to the Xbox One and Playstation 4. This leaves out the Nintendo Switch, which may have some Cena fans more than a little upset.

However fans will certainly be happy with the other new features included in the game this year. 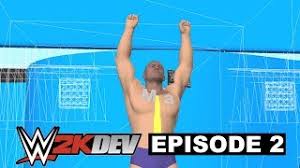 The Create-A-Match option is back for those that would love to see themselves in a WWE ring. MyCareer mode allows created Superstars to explore backstage areas and actually make contact with available Superstars. The graphics are indeed much better than last year, and a new commentary team of Michael Cole, Corey Graves and Byron Saxton will be along for the ride this time.

All of that, plus what’s being called the biggest roster ever, means that WWE fans should be very happy with the game they get in October. bleacherreport.com