If Don Jazzy marries Linda, I will trek from Lagos to Kano, says Fan

Man has promised to trek from Lagos to Kano if the Mavin Records boss, Don Jazzy ever ties the knot with celebrity blogger, Linda Ikeji.

Linda Ikeji had also replied, giving a condition that as long as the movie would be on her TV, there’s no problem. 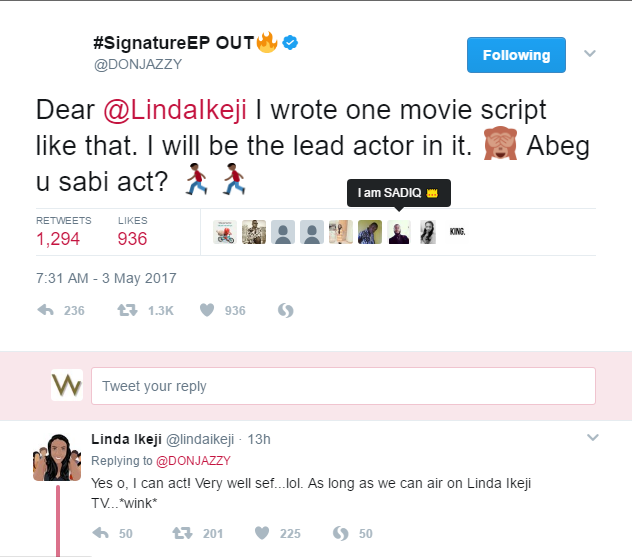 While some fans are already speculating that it may just as well be the beginning of another beautiful celebrity love story, some think it is just impossible.

One of those who think the union is impossible is Fred Feany, obviously a Don Jazzy fan. He promised to walk from Lagos to Kano if a marriage union is ever formed between the two celebs.

Tweeps would definitely hold him to his words. 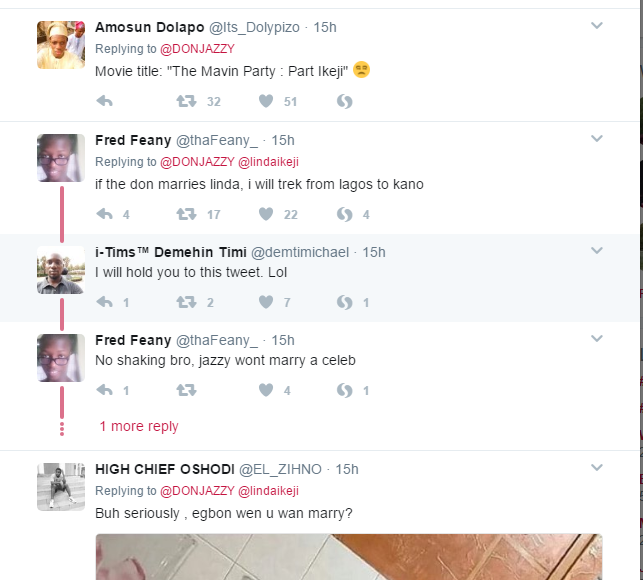 US lawmakers to vote on Obamacare Thursday

At last, Mrs World gives up crown after arrest for assault