The man,who goes by the name Edwin Lutaaya claims he was only comforting Zari over the loss of her ex-hubby Ivan

On Monday, June 12 2017, the internet was treated to a rare kind of drama after popular Tanzanian musician Diamond Platnumz openly accused his girlfriend and babymama of infidelity.

The singer shared a photo of Zari Hassan while in a swimming pool with a man alleged to be the late Ivan Ssemwanga’s cousin, exposing her as nothing but a cheap woman.

According to photos that have fast gone viral online, the man somewhat had his hand on Zari’s huge derriere, a move that seem to have irked Diamond Platnumz 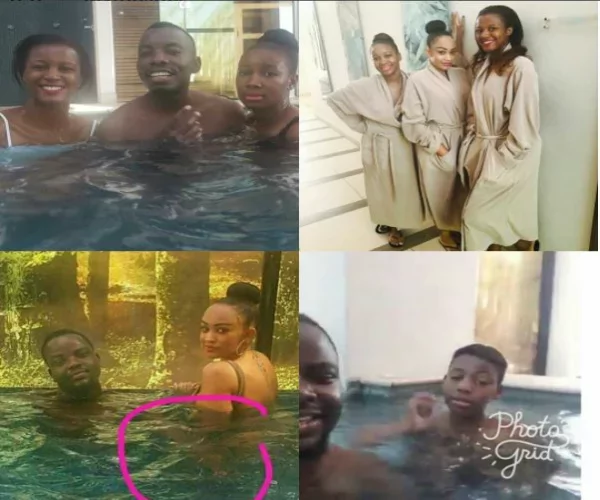 Well, Diamond’s unexpected slur on his wife was not received well by Zari Hassan herself who responded with an attack against the singer.

Their online drama confirmed the worst in their relationship as the world believed it was all over between them.

However, Diamond proved otherwise hours later by posting a video of Zari, their son, Nilan and him having a nice time in South Africa, a clear indicator that they had moved on past their beef. 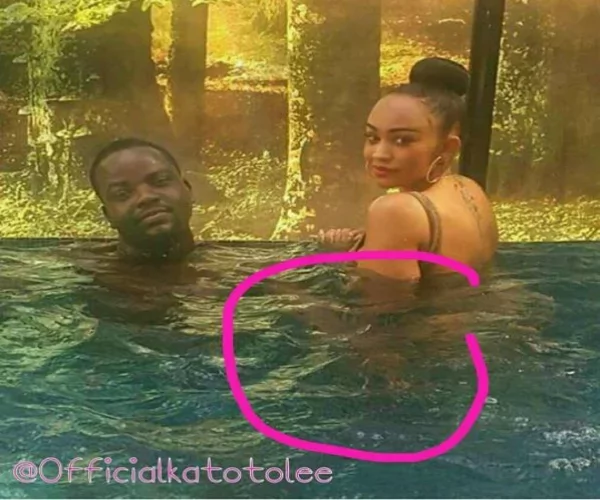 The man who is responsible for Diamond and Zari’s friction has come out to address the whole issue, distancing himself from the soap opera.

NAIJ.com has learnt that the man in question goes by the name Edwin Lutaaya, who is a Ugandan Musician based in South Africa.

Lutaaya is said to be the late Ivan’s cousin who even attended the billionaire’s funeral in Uganda.

The lad in a phone interview with a Ugandan publication on Tuesday, June 13 2017 explained what really transpired, leading to the swimming pool photos and the whole drama.

“Usually when you are in a swimming pool, it is very hard to avoid getting in contact while in the pool. I was trying to console her for the loss of Ivan and going to the Spa was another way of saying sorry. I don’t see anything wrong with that” Lutaaya said.

According to Lutaaya ,he was only comforting Zari since they’ve known each other for years now.

“we were from church and when we met with her family, we decided to go for an outing. We have known each other for a long time” he concluded. naij

At last, Mrs World gives up crown after arrest for assault