The Mavin act is accusing the DJ of disrespecting him after begging him for a song and yanking him off it.

Reekado Banks has rebuked superstar DJ Xclusive for wrongfully taking him out of a song he ‘begged’ for.

Expressing his displeasure on Twitter, the Mavin singer tweeted saying the DJ was “mad disrespectful”.

It is not clear what song this is yet but what we can see obviously is that the DJ is about to drop a new jam featuring Mr Eazi and Flavour – the song titled ‘As e dey hot’. 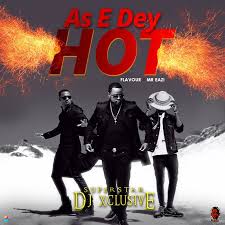 DJ Xclusive has not responded to Reekado’s tweet as at time of this report. pulse