Mob in Ogun State stripped and paraded a middle-aged man naked for allegedly stealing a standing fan from a Redeemed Christian Church of God, Onifade town via Ayobo, Ogun State.

A video of the suspected thief being paraded naked was recently posted online in two parts.

In the first part, the man was made to carry the fan he allegedly stole on his head while a crowd of spectators followed him with some of them chanting songs.

The second video showed him after he had been led back to the church where he returned the fan.

He was later led to where his clothes were and asked to wear them while a man flogged him with a stick.

The video ended after he was made to sit in the grass while a voice called on the crowd to leave. Punch

See screen shots from the video below. 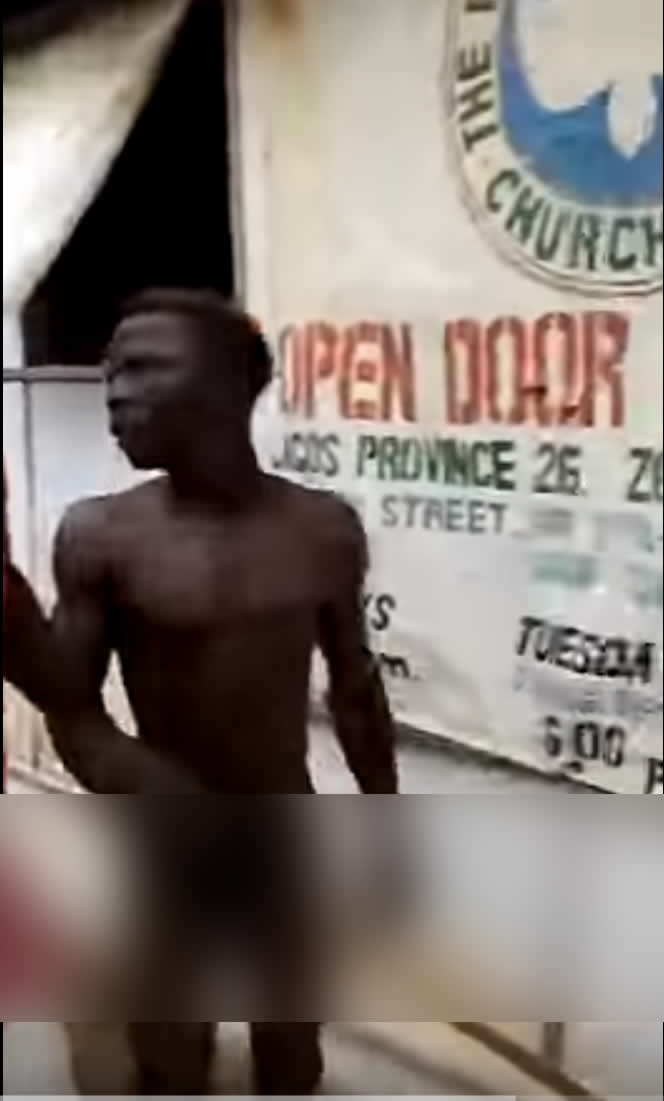 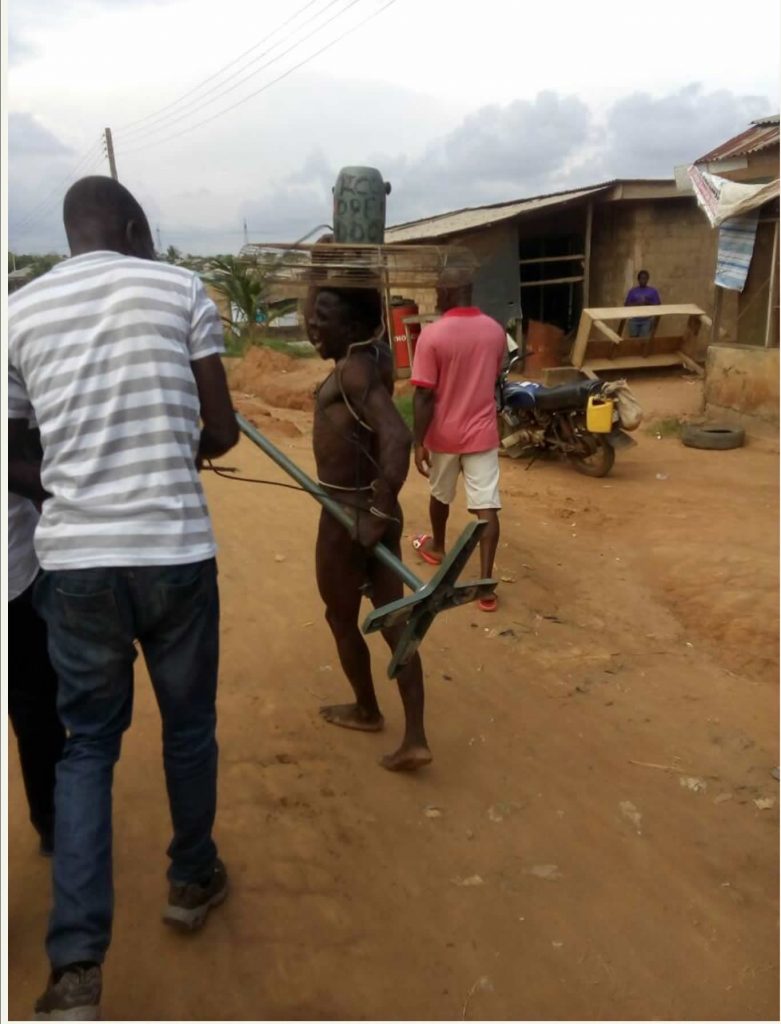 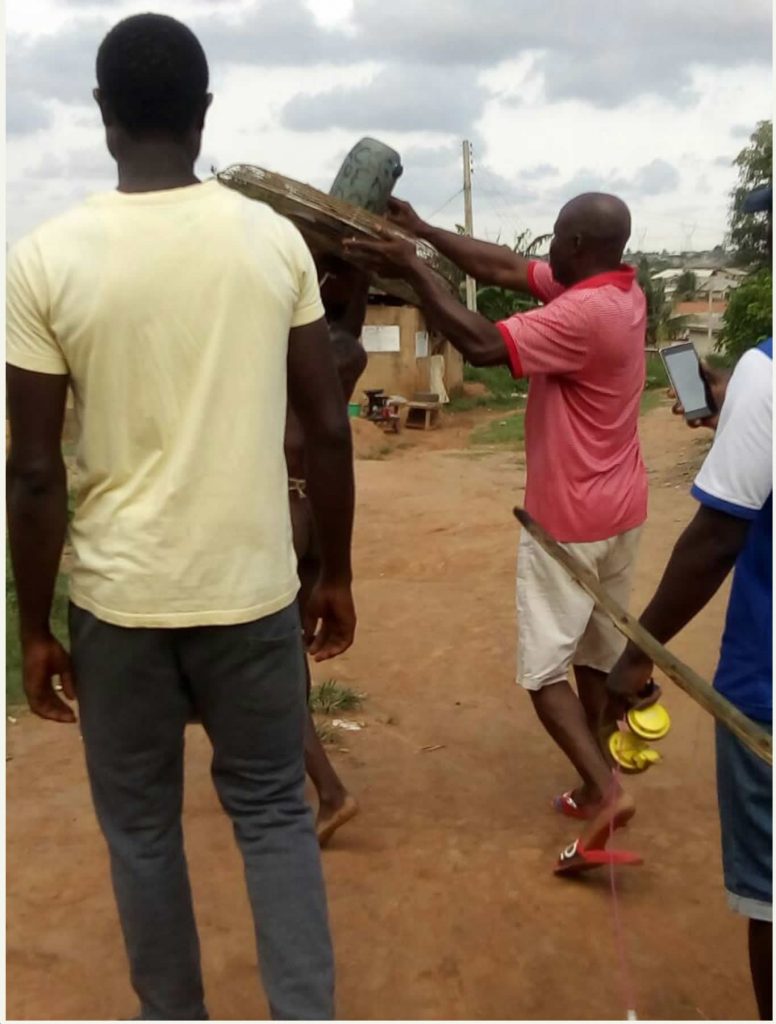